On March, 4th I won auction on Ebay - battery LiFePo4 from Cammy_CC.

On April, 25th I have begun testing of a battery by means of the professional device for training of accumulators. At once it became clear that at least 3 cells aren't charged normally and discharged fastest. 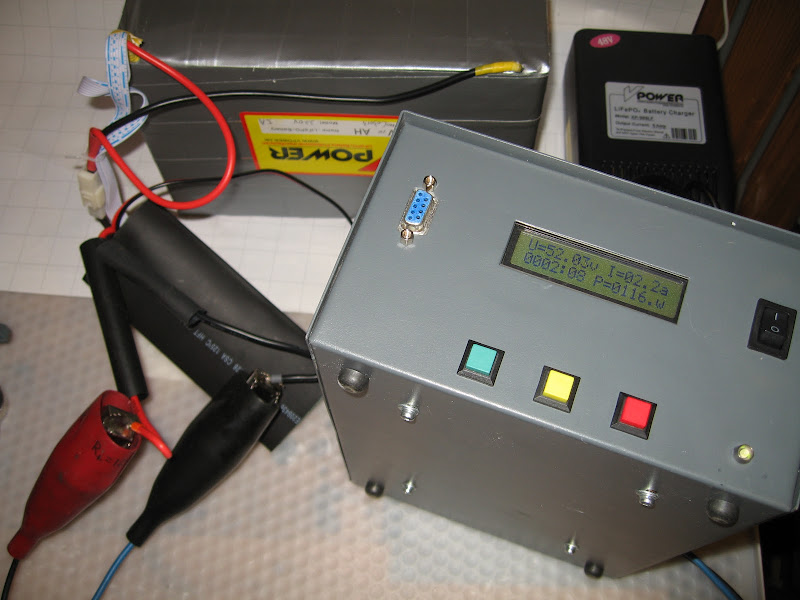 I have measured pressure on each cell and have sent the table with given to the seller - Cammy_СС.   Cammy at once has suggested to send cells for replacement, as it has been made. 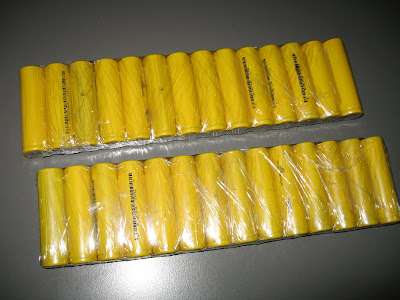 I have received cells, but time to be engaged in battery repair wasn't - my trike still hasn't been finished, to me very long did some details. At  today all was ready to tests.

I have shipped disassembled trike in the lift, the battery was in a cover on a seat, power plugs haven't been connected (the controller is fixed on a frame, and the battery on a seat which has been removed).

The lift only has begun movement from 8th floor as the smoke at first has gone, and then and there was an open flame around a positive wire of the battery. I hardly have had time to pull out BMS from a cover and to disconnect a power socket. But somewhere continued shorted and the battery continued to burn. As a result I managed to bring down a flame, but control wires to BMS had time to burn out, paths on BMS too had time to turn black. 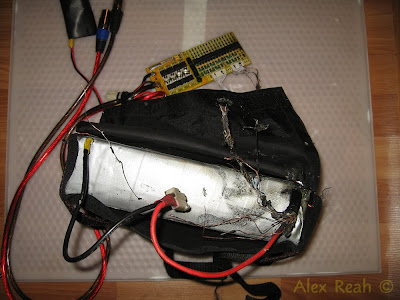 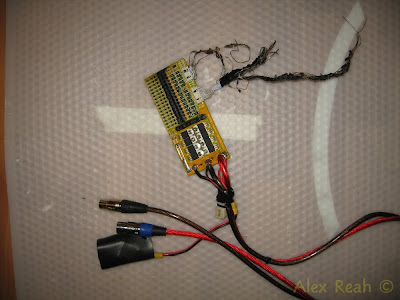 It was necessary to come back home at once and at once to start to disassemble the battery (that something else hasn't short connected). Already at battery dismantling it became clear, why some cells didn't hold full capacity - on many cells the contact steel tape came off together with a textile tape by which the battery has been wound. 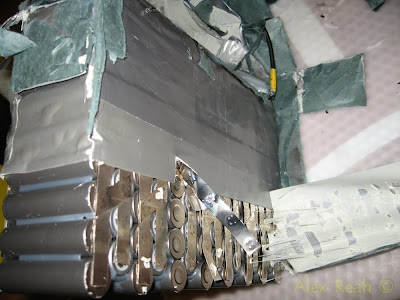 Contact welding of elements of the battery is made with very bad quality, many elements simply haven't been connected. 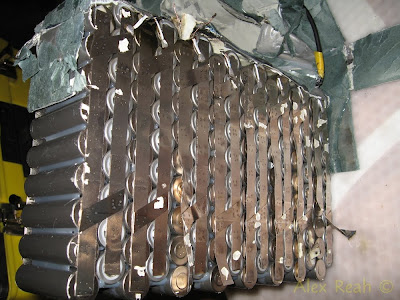 Finally I have many separate cells and burned BMS : After all it I consider that will be fair to demand from the seller (Cammy_СС) and even from the real manufacturer of this of batteries (VPower) replacement of all battery or at least BMS plus some cells of the battery.